Why is mid-century modern design making a comeback?

Why is mid-century modern design making a comeback?

The look of the 1950s and 1960s is no longer considered dated. The realm of interior design is no exception to the rule that trends come and go. The best designs will always be in demand. If you ask us, the revival of mid-century modern design is a wonderful thing.
After more than 50 years, why do we keep returning to this aesthetic? If you're curious about why mid-century modern is here to stay and how to incorporate it into your home, we've got some answers for you in Home Design Institute Interior Design Course. After all, there are occasions when the old-fashioned method of doing things is the best. It is possible to modernize any classic style.
What is a mid-century modern design?
The mid-century modern style began in the 1930s and lasted into the 1960s, according to a trip down memory lane. The post-WWII era also saw a rise in the desire for cheap homes. Also, the Industrial Revolution, which occurred at the end of the 19th century, has a strong influence on the style.
Architecture, design, materials, furniture, and home furnishings have all been influenced by the Mid-Century Modern aesthetic, which is now being applied to graphic and website design as well. Clean lines, bright colors, varied textures, and striking shapes combine to create a look that is both fresh and timeless, while still retaining a focus on simplicity and minimalism.
Unique features of mid-century modern design
There are some things about mid-century modern that even if you don't know what they are called, it's easy to figure out what style it is. Why? Because this style of design is both unique and popular. It has features that aren't found in any other style of design, so there's no way to confuse them. Also, because it's common in public places like restaurants and hotels, you have many chances to see and study it. It's best to look at pictures of the style or even better, to try it out in person. Knowing the names of some of its key elements can help you better understand some of the more subtle aspects.
Reasons to choose Mid-century modern design for your home
With these principles, you can transform your home into a work of art. If you want to know more about the design, ask for a guide through HDI Interior Design Course. It's no surprise that, despite a few alterations, this look has remained popular. In 2021, the retro style of the mid-century modern era is expected to continue to be popular. The following are just a handful of the reasons why you'll fall in love, too:
Simplicity at its finest
Simplicity is the name of the game here. After World War II, individuals sought to move on from the devastation of the conflict and get rid of the overcrowding of their homes. As a result, the decor was kept simple and free of ostentatious elements.
Experts predict that minimalist design and décor will remain trendy for the foreseeable future. Homes in urban areas, especially those built after World War II, often feature a mix of mid-century modern and contemporary elements.
The importance of functionality was not overstated
Practicality appeared to be a requirement following World War II, and the usefulness component that mid-century modern style promotes is in line with the demands of everyone's fashion sense. It is especially effective in Mumbai homes, as it allows for the most efficient use of available space.
Forms are both organic and geometric in nature
Homes with lots of windows let the outside in, and organic and geometric forms characterized mid-century modern style, which mirrored this. Wood, copper, and leather were among the most in-demand natural materials. Using strong patterns added visual prominence to clean, basic spaces.
Millennials relate in its sense of style
The mid-century modern style is impressive and classic, but it is also trendy and stylish, according to the millennials or the children of the 1990s. Because they were the owners of their own home, they liked to keep the interiors contemporary with a splash of retro that conjured memories of their childhood. 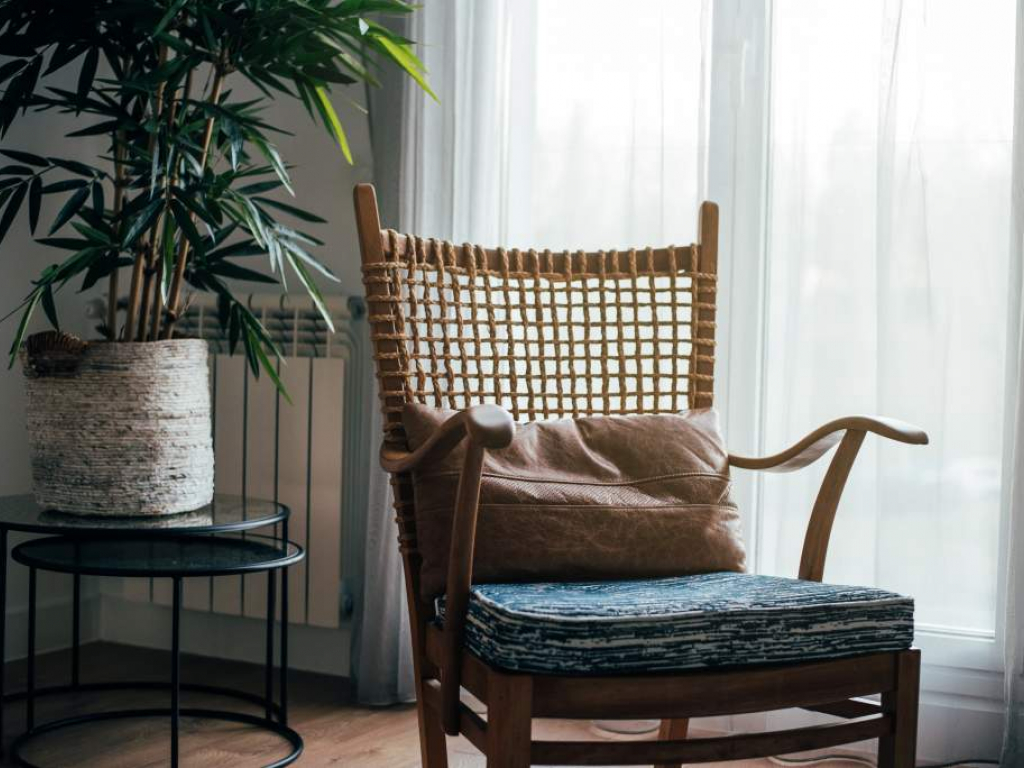 Unexpected applications of materials
This was the time period during which new materials, such as plexiglass and fiberglass, made their way into the world of home furniture. Fabricated from fiberglass and plywood, the body was shaped to meet the curve of the vehicle's body. For the construction of the comfy cantilevered chairs, tubular metal and leather belting were used. Acrylic was used to create translucent organic objects such as outdoor coffee table out of plexiglass.
Enables the use of variety of colors
When the furniture and décor are subdued, it becomes necessary to produce a statement piece to serve as a focal point and to provide a point of contrast. Introducing the bright colors of mid-century modern design. Individuals today are not hesitant to display vibrant colors in their houses, believing that they add drama and excitement to the environment. Bright colors not only offer aesthetic intrigue, but they also serve as cheery aspects, which is something that is desperately needed in these times.
The colors that have emerged as a result of the style are popular with the public, and they include olive green, fire red, blueberry hues, turquoise, and mustard yellow, among others. And it is yet another reason why there is a good likelihood that mid-century modern style will continue to be popular in the upcoming year as well.
Brings you closer to the natural world
Mid-century modern design is here to stay at a time when it has become necessary to live in aired spaces instead of closed air-conditioned rooms due to the epidemic. The look necessitates a deep connection to nature and a commitment to sustainability.
The big windows are the focal point of the design, bringing in as much natural light as possible. In mid-century modern design, windows are the center point, but light is not obstructed by heavy curtains. It also supports environmental conservation by using natural materials such as wood, metal, and glass for furniture and décor. 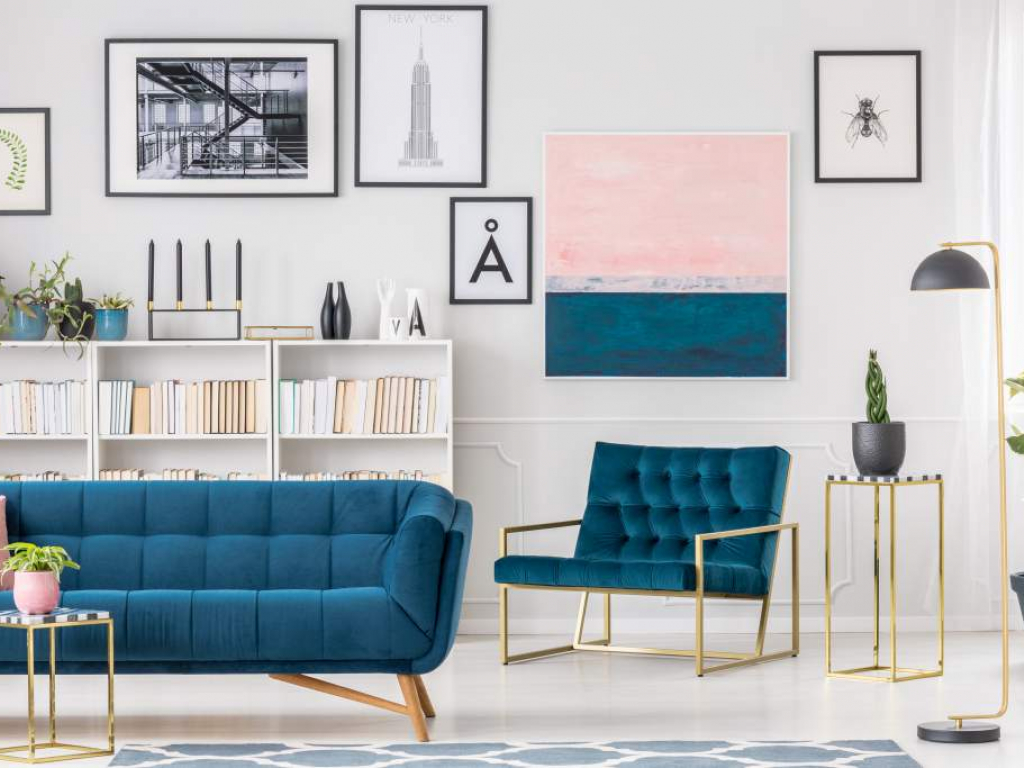 Inclusivity of the design
Mid-century modern design is regarded as a timeless style because of the wide range of fascinating aspects it incorporates, which appeal to people of all ages, genders, and nationalities. Traditional and non-traditional materials are used in the design, as is the useful notion of "form follows function," which can be found in every contemporary house. Also, it's one of the few interior design styles that manages to be both modern and nostalgic at the same time.
As you can observe, most of the interior design trend estimates for 2021 include characteristics that are reminiscent of mid-century modern architecture. Nature-inspired décor, the usage of wood, a vintage aesthetic, sustainability, statement pieces, vivid palettes, and rich colors are all expected to make an appearance in the coming year's fashion predictions. This is another reason why mid-century modern design will be around possibly longer.
Find out more about our updated and classically styled mid-century home design ideas through HDI Interior Design Course. An online course that helps you learn all the things you need to know for your home interior needs. 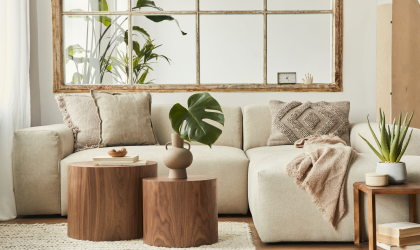 Rustic decor is the ideal combination of comfortable, fuss-free design and practical, useful decor, all of which come together to create a warm rustic atmosphere. Rustic decor is available in a variety of styles and price ranges. Incorporating natural materials into rustic home decor serves as the foundation and beginning point for producing impres...
Read more 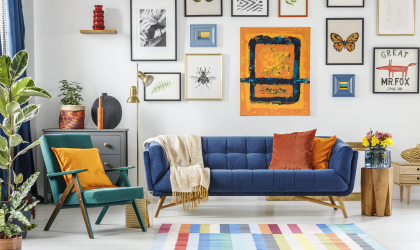 When it comes to designing your living room, one favorite piece of furniture to add to this space is a sectional. This furnishing characterizes by having two or more pieces that you can join together or separate, depending on the arrangement you want to create in your living space.This room is one of the most expected when we build a home, and sect...
Read more 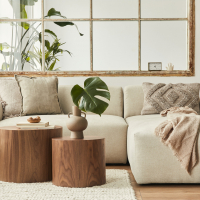 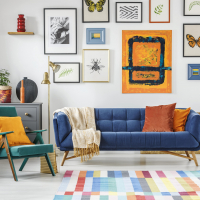 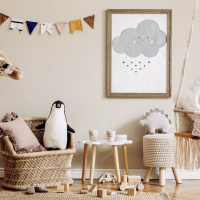 Does nursery furniture have to match? 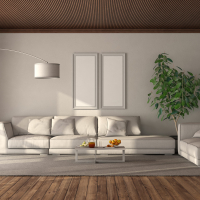 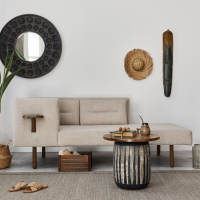 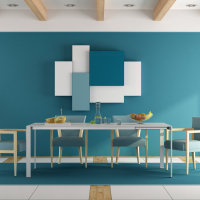 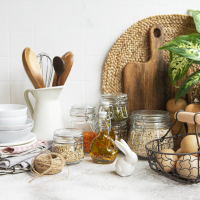 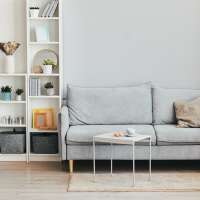 15 ideas to build your dream home 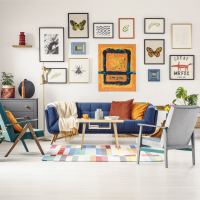 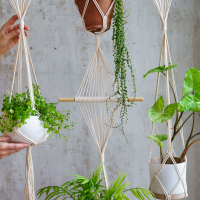 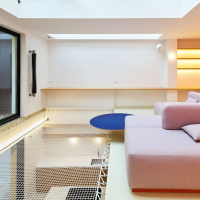 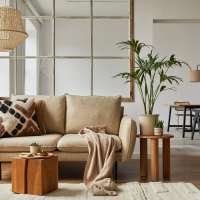 How to Use Interior Design Styles to Your Advantage? 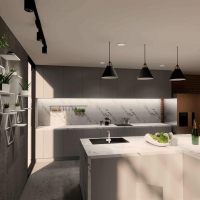 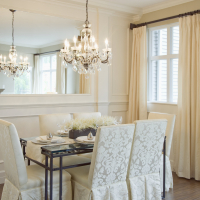 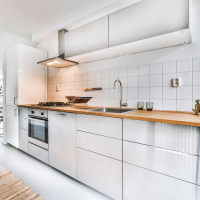 Kitchen Design on a Budget 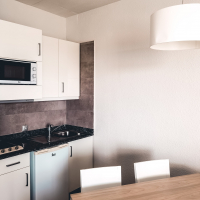 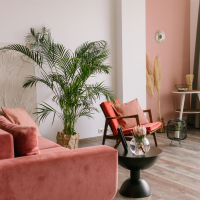 How to Choose the Right Interior Design Style for Your Home? 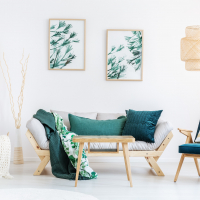 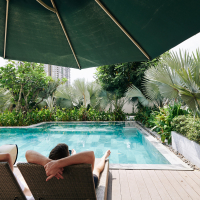 13 ways to design a small pool 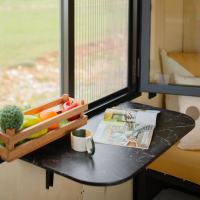 10 Drop leaf tables with chairs inside